Usually pudding in my house is a simple portion of fresh, seasonal fruit. However, sometimes the occasion calls for an extra course. This rich, chocolate pot is where I turn.

Divide the raspberries between four ramekins and place them in a roasting tray.

Whisk the egg yolks with the cooled, melted chocolate, honey, salt, vanilla extract and ground almonds. In a separate bowl, whisk the egg whites until they reach stiff peaks. Fold small amounts at a time of the whisked egg whites into the chocolate mix, until well combined. Divide the mixture between the ramekins.

Carefully pour boiling water around the ramekins, creating a ‘bain-marie’. You are aiming for the water to reach about three-quarters of the way up the sides of the ramekins.

Bake for 12 minutes. Be careful not to over bake – you want the centre to be very moist still.

Serve hot or cold, perhaps with a dollop of coconut yoghurt and a few extra raspberries. 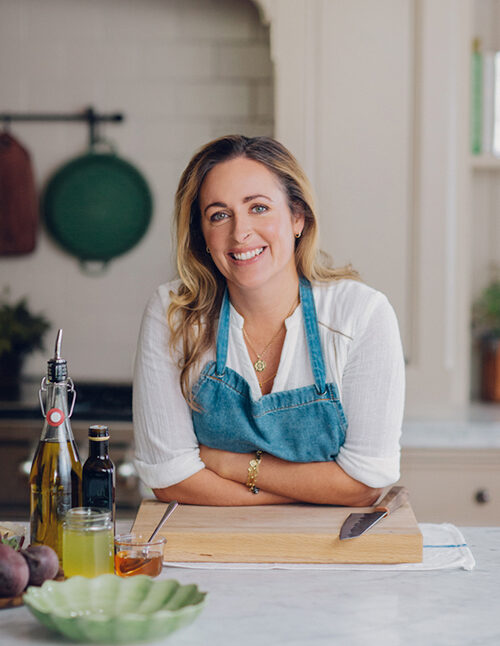 Browse all our books

Stay in touch via my newsletter. I share new recipes, exclusive event invites and the latest nuggets of help and advice. You may opt out at any time.


Please note: Although we do our best to ensure that recipes are correctly tagged according to ingredients, potential benefit, dietary requirements, type of dish or other filter, this is a manual process and errors may occur. Please therefore take care to thoroughly review the listed ingredients and method before commencing cooking to ensure none of the ingredients or methods given may cause adverse effects to anyone consuming the food. We do not provide any assurances nor accept any responsibility or liablity with regard to the originality, efficacy, quality or safety of recipes or articles.

This website uses some carefully selected affiliate links. If you buy through these links, we may earn an affiliate commission, at no additional cost to you. This helps to keep all of our online content free for everyone to access. Thank you for your support as every little helps.